A Christian, businesswoman and teacher who was born in 1864, two years after the Civil War. She was a member of the Order of St. Luke, an organization founded by a former slave dedicated to the uplifting of African Americans.  She was a pioneering insurance executive, financier and civic icon and she established the Juvenile Branch of the Order in 1895 while rising through the ranks to become grand deputy matron. This branch encouraged education, community service, and thrift in young members.

After becoming leader of the Order when it was on the verge of financial ruin, Walker became the First Female Bank President in the United States by founding the St. Luke Penny Savings Bank in 1903. Succeeding in her twin goals of revitalizing the Order of St. Luke and encouraging economic security for the black community of Richmond, Virginia, Walker grew her business by welcoming small depositors and helping to finance black home ownership.

We're not around right now. But you can send us an email and we'll get back to you, asap. 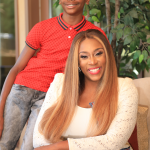 What Money Mistakes Are You Teaching Your Kids?Articles, Featured Articles, Finance/Investing 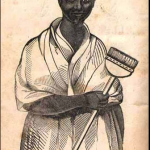